A little while ago I was  in a Facebook conversation on a dog group. We were discussing 'animal communication'.  Someone was ridiculing an article written by a woman who had employed the services of an animal communicator.  She wanted to find out how to address difficulties the dog was having ( Rescued Bulldog Lily Loves her Turtle Suit - Pet Sense).

I was introduced to this fascinating subject a few years ago.  I was really intrigued by the idea that you could learn to communicate with animals by using your mind and body. I attended a couple of courses  and read some books (Learning Their Language by Marta Roberts and Straight from the Horses Mouth by Amelia Kinkade). I'm not a natural,  but I did have a few successes.  I also had tried communicating with a British Bulldog.

Trying it Out for Real

Claire, a dog behaviourist of mine had asked me to help with a dog that she was working with.

She sent me some photographs of him to help me tune in, but gave me no other information.  I put myself into a quiet, relaxed state and went through some questions in my head. I imagined that I was talking to the dog directly. I asked questions like where do you live?, 'where do you go for walks?, what do you like to eat?.  I asked how he was feeling. I got information back that his house was near warehouses and a motorway.  In the front of the house there were bins outside it. He 'told' me that he had sore feet and itchy skin.  I felt a 'blocked' sensation in my throat when I asked him about going on walks. Did he have a message for his 'mum and dad' (his humans), I asked.  He responded with 'tell them not to worry' which was then corrected to  ' tell them not to be so angry'.  Then, right at the end of the session, I got the message 'I don't like standing on the popcorn'.  It didn't seem to make any sense.

What did it mean?

I wasn't confident about any of it - it was all coming out of my head. But following what I had been taught I noted everything down, including the stuff that seemed ludicrous.

I knew that feet and skin problems were related to the root chakra, the energy centre in the body responsible for basic security, survival and grounding.  I thought it might be an  indication that the dog didn't feel safe.

I told Claire what I had picked up. She fed it back to her clients.  To my amazement my information seemed to be right, from the details of where he lived, to the problems he had with his skin and feet.  When he went outside on a walk, he often would choke, like the feeling I had experienced in my throat.  Her clients even made sense of the popcorn. At the back of their house they had a gravelled area that he didn't like walking on.  They referred to it as 'popcorn' because that's what the gravel looked like. My tutor's advice to 'take everything down, don't judge, don't throw anything that you receive out' was ringing true.

Claire gave me more of the details.  The owners had called her in because their dog was going to the toilet in the living room at night time.  The dog's owners had quite a turbulent relationship. They would row, go to bed and in the morning come downstairs to a mess.  The 'tell them not to be so angry' now made sense.  As did the skin and feet problems. I joked with my friend.  'You thought you were a dog behaviourist.  Now you'll have to get into marriage guidance if you want to help their dog!'

It gave me confirmation of the  importance of our emotional relationships with and around our dogs. It seems that our dogs connect with us in ways that we might not realise.

Hounds Connect the Dots This article was first published in the 2020 Spring/Summer edition of ‘Counselling for Scotland’, the COSCA (counselling & Psychotherapy in Scotland) journal. It is reproduced here with the kind permission of COSCA, slightly edited to suit internet publication. A full copy of the journal, including the original article, can be obtained…

Leah Lykos asks Joanne Frame why knowing yourself is important for your dog.  They discuss how our dogs are connected to our emotions and feelings in ways that we don’t always notice. They talk about their own experiences and what they have learnt about themselves from their dogs. 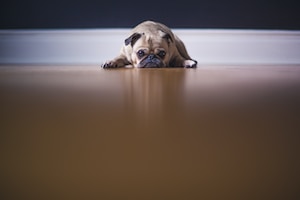 This post was written 2 ½  months after  my dog Logan’s death after I had some time to reflect on my experience.  We all go through loss in our lives and I think most of us find it difficult.  I wanted to share how it was for me.  It helps me and it might connect…

Hiding resentment I have been struggling with too many balls in the air lately, which leads me to procrastinate. I spend time worrying about how much I have to do rather than doing anything about it. One of the things I had been worrying about is my time with the dogs. They need to be…